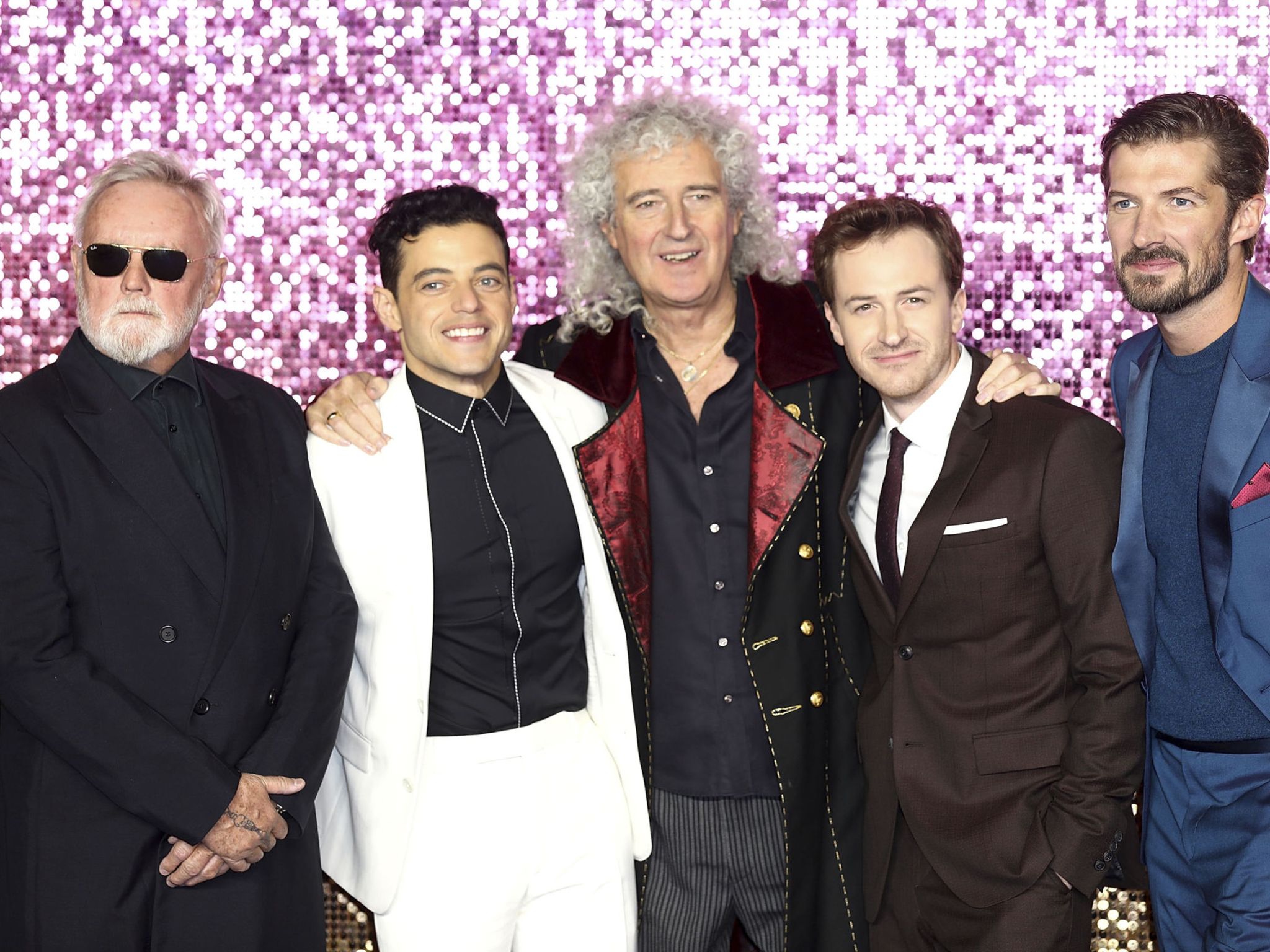 “It’s not a Queen movie, it’s a Freddie movie” Queen guitarist Brian May has told Sky News, speaking at the film’s world premiere at the Wembley Stadium yesterday night.

The movie stars Rami Malek – 2016 Emmy for Best Drama Actor for playing computer hacker Elliot Anderson in “Mr. Robot” – as Freddie Mercury (lead vocalist and pianist) and it has a cast including Gwilym Lee (as guitarist Brian May), Ben Hardy (as drummer and vocalist Roger Taylor) and Joseph Mazzello (as bass guitarist John Deacon).

The movie has been in the works for 10 long years, and finally the world famous British band’s “fans can see it for themselves”, May said.

Queen guitarist attended the world premiere alongside drummer Roger Taylor, and both of them walked down a purple carpet to a soundtrack of We Will Rock You, Somebody To Love and other Queen most famous hits.

“He refused to be segregated, marginalised or defined by any one thing” said Malek on Mercury, who died of AIDS back in 1991. The actor also revealed that the Live Aid concert scenes were the first ones to be shot.

On Saturday 20 October both May and Taylor switched on the world’s first Queen-inspired light installation in London’s Carnaby Street (Soho). The lights will be up in Carnaby Street until 4 January. Don’t miss them!