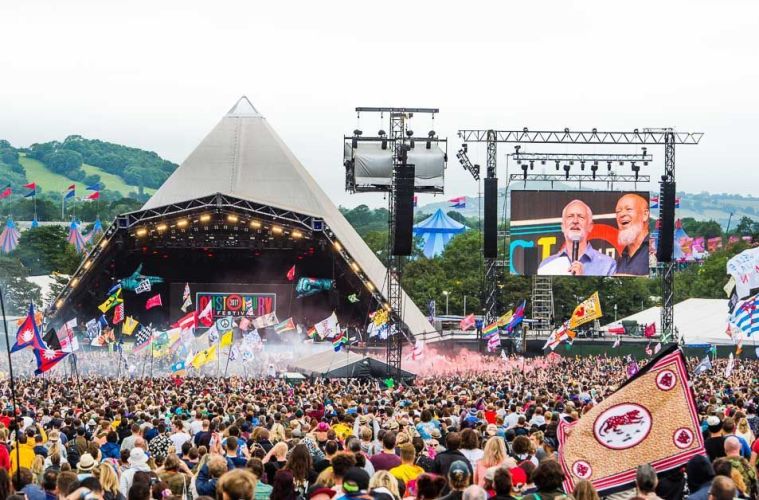 After a two-year pause, the Glastonbury Festival came back, ending yesterday, after having surprised its many fans over the last 5 days. The largest greenfield music festival, representing the template for every Good music festival, welcomes leading artists from all over the world to perform.

The first artist in the line-up to perform on the Pyramid stage was Stormzy, the first black solo British headliner, opening the festival with a pyrotechnic show. His performance was praised not only by music fans, but also from politicians given the comprehensive nature of his lyrics that have captured the attention of everyone. “It won’t just go down in Glastonbury history – it’ll go down in our country’s cultural history.” commented Jeremy Corbyn, the Labour leader.

The opening was a success on its on, and to follow up on the artist line-up, the Pyramid stage saw performing artists of the caliber of George Ezra, Bastille, Miley Cyrus and Kylie Minogue, just to name a few. But this is not the end of the story, over the weekend, in the other stages, there were Billie Eilish, The Lumineers, Lizzo and Sean Paul delivering brilliant performances.

Worth mentioning the touching performance of the american singer, Kylie, as she finally performs at the Glastonbury Festival. The artist was supposed to play in 2005 in a headline slot, but cancer forced her to cancel it. Despite these circumstances, after 14 years Kylie Minogue delivered that postpone-performance: intense, sexually-charging, and beloved by everyone who was there to perceive her energy.

As we all know, the hot topics of this 2019 are about fighting climate change and being eco-friendly. Of course, Glastonbury led the way even on this contemporary issue with the appearance of Sir David Attenborough. His speech was brief and intense, straight to the topic: let’s become plastic-free. He appealed to his previously recorded, and success, of Blue Planet II, nature documentary series on marine life, which has unveiled the great damages in the oceans from plastic pollution.

The festival has collaborated with Greenpeace, Oxfam and Water-aid, and it has put particular effort in eliminating single use plastic by banning it. There 37 kiosks were the participants can fill up their reusable bottles.