How does London buskers’ routine work? 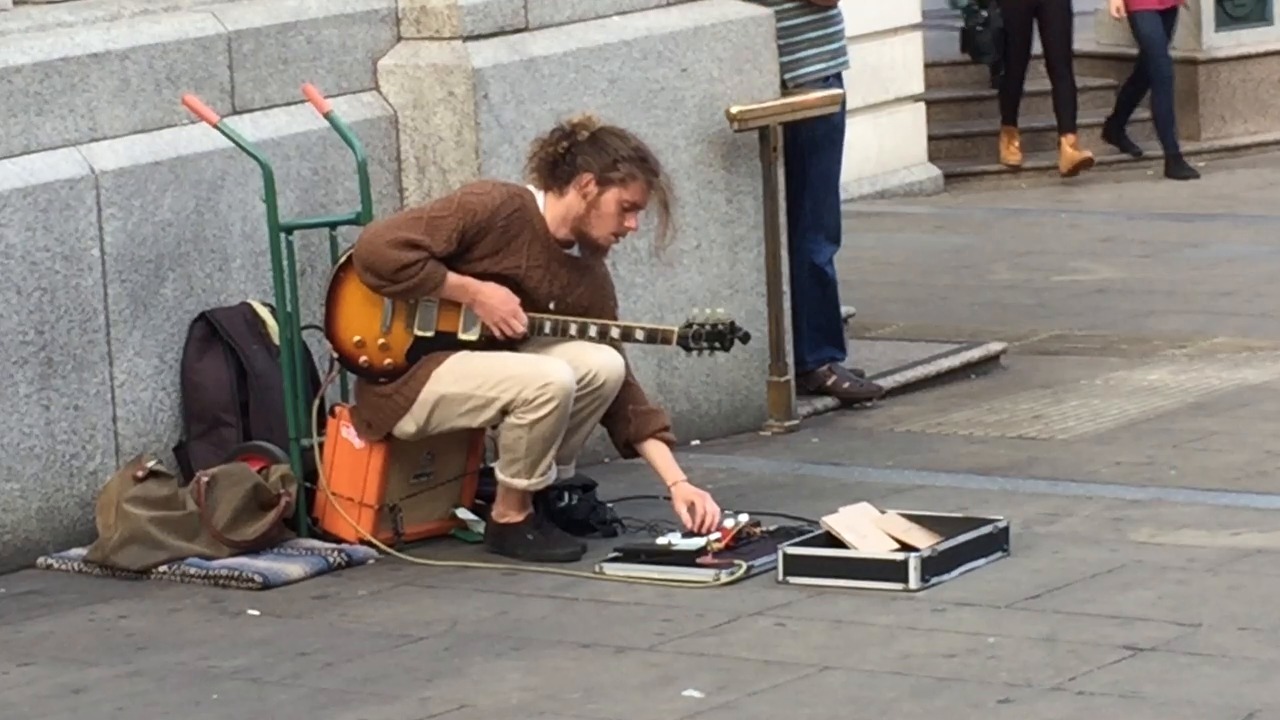 London – London One Academy Team carried out an inquiry about London buskers’ life and their performances .  They interviewed 50 buskers in the most busy areas of the English capital, such as Piccadilly Circus, Leicester Square, Oxford Street, Waterloo, Brixton, Brick Lane, Camden Town, Trafalgar Square, Saint Paul, Covent Garden, Elephant and Castle, London Bridge and the most crowded tube stops such as King’s Cross, Charing Cross, Euston and Tottenham Court Road.

The reason behind the inquiry is focused on raising the awareness of what being a busker in London means, which many people still ignore. On the other hand, the inquiry was also born to remove some stereotypes that most of the times compare all buskers to homeless people or jammers.

Contrary to such misinformation still diffused in society, being a busker in London is not easy as there are criteria and tests to pass before getting your own pitch to perform. Such rules became real since 2015, when the Major of London created a Busker’s code with the backing of buskers, landowners, local authorities and other key agencies to promote good relations and a vibrant culture.

This code clarifies several issues of public interest such as:

According to this Code, Busking is legal but performers must apply for a licence in order to perform. Moreover, buskers cannot leave equipment unattended or cover their faces (e.g. wearing mask), they also must keep the volume just above the level of background street noise during their performance and they must leave the pitch clean and tidy-up afterwards. 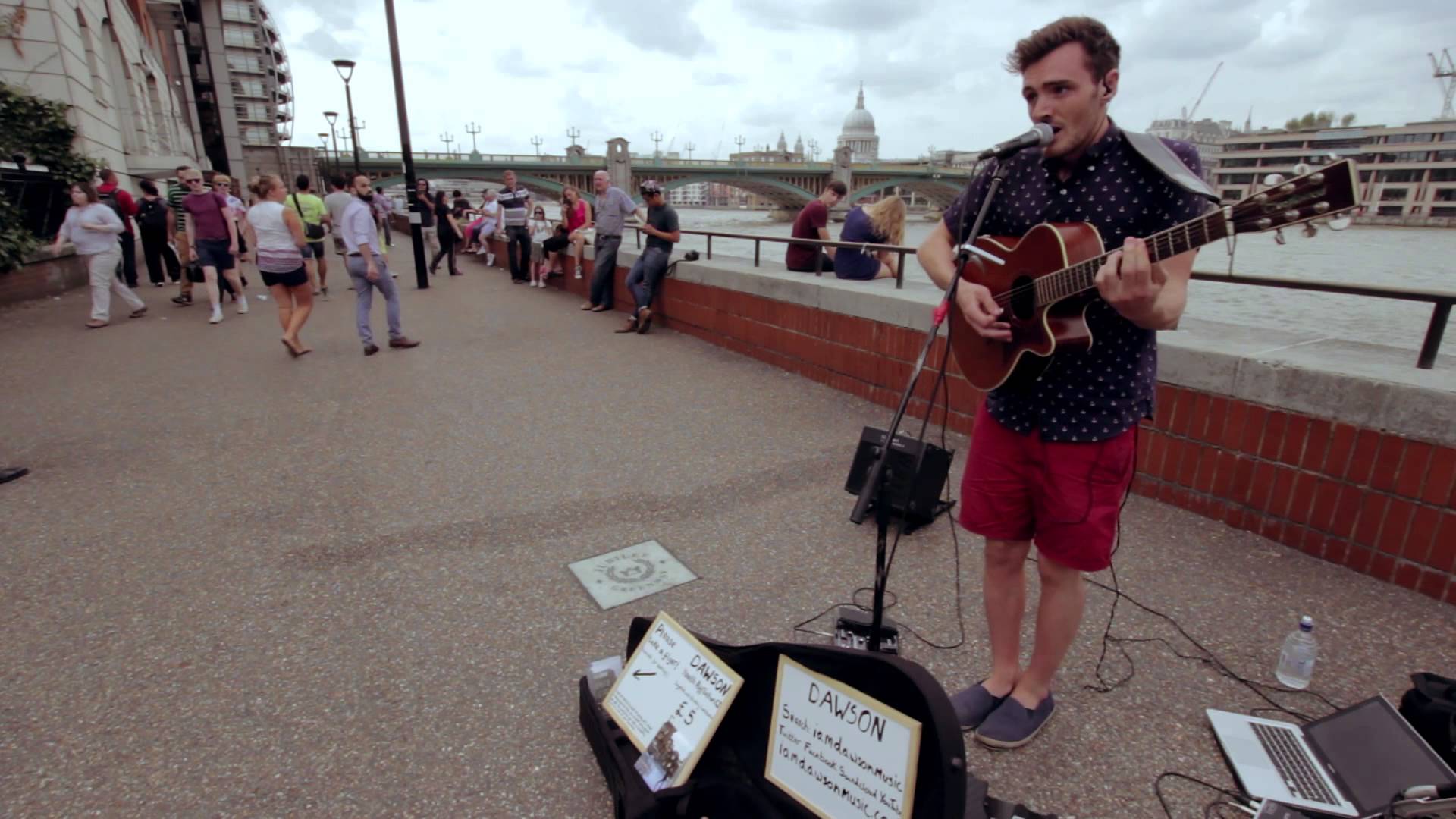 In addition, street artists regularly take shifts and respect the timing. They are very friendly and help each other, since they know how hard it is to be a street artist. Sometimes they also perform together, while they are waiting for their own shift. Moreover, concerning the places, busking is legal on public land and there are many pitches in London, especially in the Underground, where it is possible to find up to 39 pitches.

Nevertheless, people can find buskers both inside and outside the Tube. Performing on the open spaces often seems to be the most obvious choice, because London is a big city and people are everywhere but not every part of this large metropolis can be profitable for street performers.

Many buskers choose to perform in Oxford Street, Leicester Square and Piccadilly Circus because there are many shops and malls, so people can entertain themselves while they are walking. Another place where musicians usually perform is Waterloo, where people can admire a beautiful landscape accompanied by good music; children also like Waterloo, because there are interesting cafe that sell the most loved ice cream or cakes that attract families. Covent Garden is a crowded place too, but there, it is more probable to find more classical artists and the music is not so lively.

According to other artists, performing pitches must be quite and cosy, so people are not annoyed by cars’ noise. Others affirm that refined places are more suitable for the performances because people who visit museums or art galleries already have the purpose of watching art and buskers’ performances contributes to a perfect atmosphere. This is why many artists choose to perform in places such as Trafalgar square or Tate modern.

Camden Town is a suitable place to perform too. It is a folkloristic neighborhood and very significant for some artists as it is the London area where Amy Winehouse performed and lived.

As you can imagine, London streets are plenty of buskers, but not all of the streets allow them to perform. As Jonas, a  busker from London, stated, there are places where busking is forbidden: “I only play in the Tube because the first time I played in Hyde park and Green park, it was very difficult because sometimes I had problems with the police officers “.

As a matter of fact, for Londoners, the tube is not just a public transport service to commute, but it represents an important place to work in even as a performer.

Consequently those who in London or in other countries like Italy were seen as beggars a few years ago, are now professional musicians even if their stage is a tube station. In fact, the “London Underground Busking Scheme” is a hit with performances and travelling public.

On the other hand, how can a busker be able to catch people attention in the crowded London? To do that, they usually  prefer playing covers, in this way, people who already know the songs, stop and they sing along. Several buskers such as Charlotte Campbell, Emmet O’Malley, Alice Hills or Marc Sugier, often switch from their songs to famous covers, but, at the same time, they try to sell their own CDs. Moreover, in order to set up a professional performance, it is necessary being very friendly and easygoing to make audience fun and feel at ease.

Furthermore, the best time to busk is a beautiful day in which the weather is sunny and people will surely spend time outdoors. However, it is well-known that the weather in London is variable. In fact, during the inquiry, a beat boxer called Michael claimed: “The main difficult of my job is the weather, which is often rainy here in London so I try to find the good spot for every kind of weather”.

In addition, busking on the weekends and early in the evening is exceptionally fruitful; holiday weekends are ideal because people are in a festive mood, instead during the week, there are not many street artists, just because they know that people are very busy.

Regarding street artists’ equipment, they usually accompany their voices with an instrument such as the violin, the saxophone, the bagpipe or any kind of guitar and an amplifier. Sam Rendina and Rupert Caney are examples of this kind of performances: two buskers who cannot get rid of their guitar. The violin can result a great choice especially when they adapt it to modern songs and people usually enjoy it.

The inquiry’s results show that depending on where and when musicians play, different crowds can be involved; so, they must have a well-studied repertoire, because they need to adapt their music to the people that usually come for them; the genre of music is important too. Some street artists affirm that is far better to play a simple melody in order to involve people. 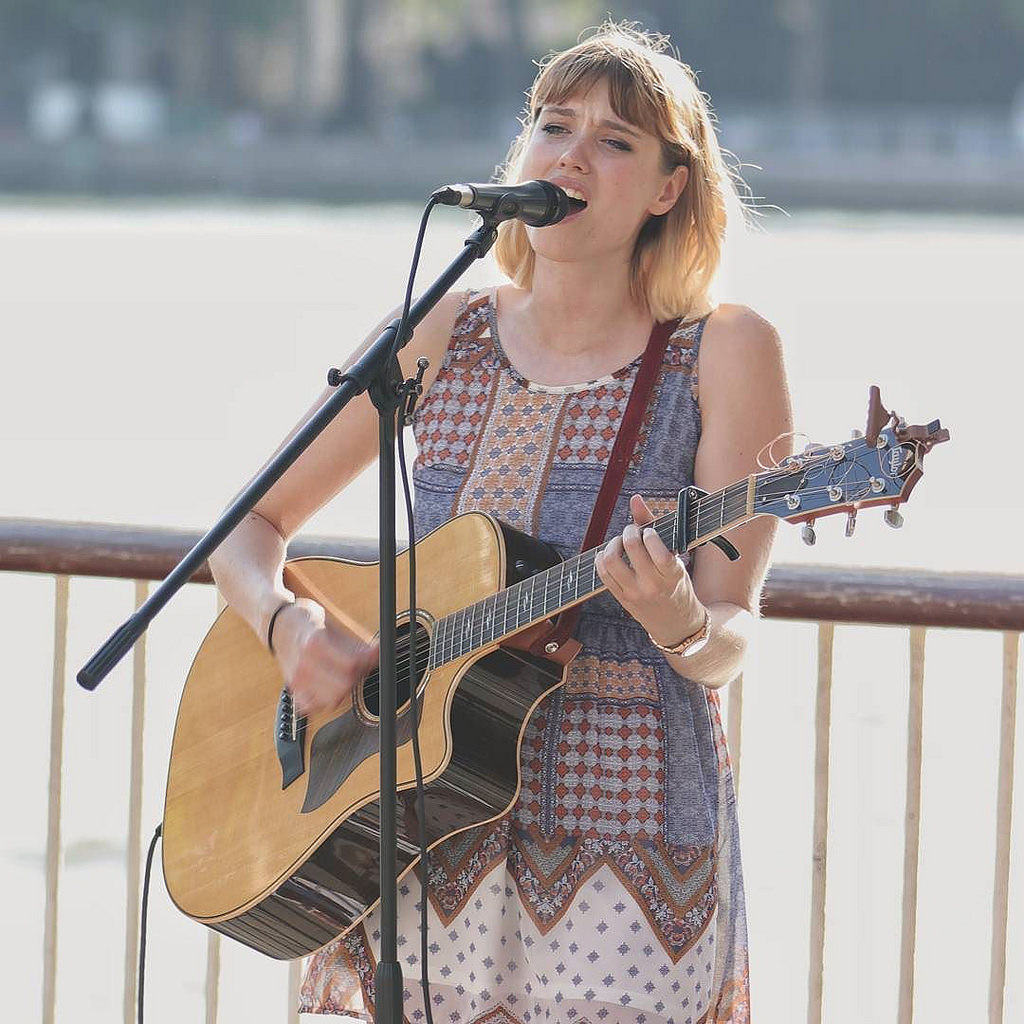 An example could be rap or beat box, which are very popular among teenagers, instead, classical music is mainly listened by adults. Street artists have different opinions about the matter, since they belong to diverse generations and backgrounds.

In conclusion, digging in buskers’ routine it is arguably clear that these artists must organise their own show, trying to involve people as well, and they manage to do it by following a complex organisation, which takes into account many aspects of their performances.