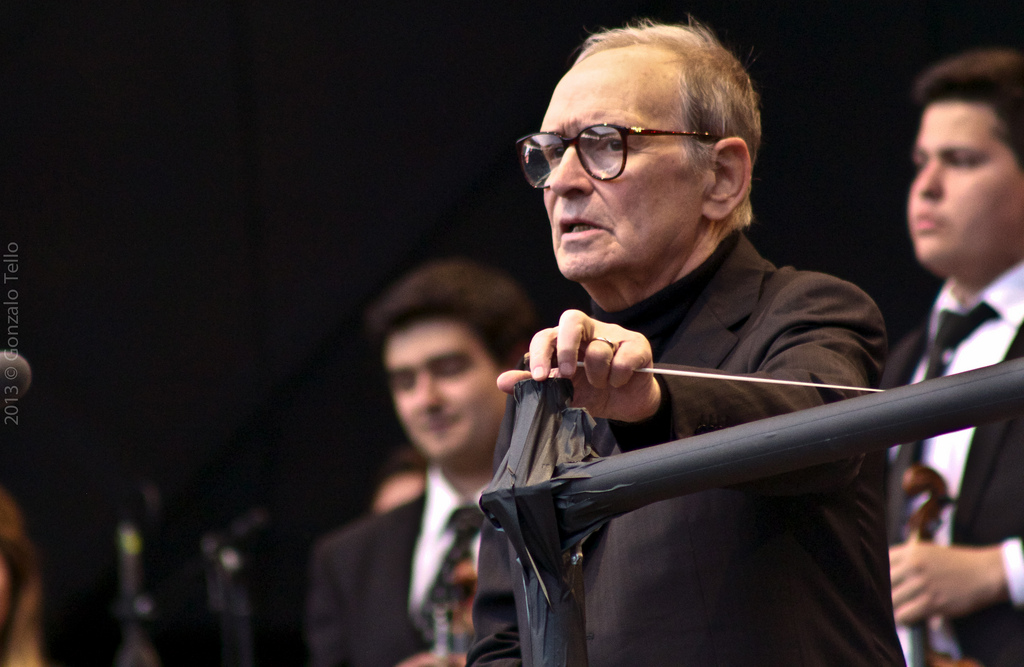 One of the most famous composers and musicians around the world; author of over 500 movies and TV series soundtracks; considered a new Mozart by many people. Ennio Morricone needs no more introductions, and today LondonOneRadio has the great honor to have him as its guest, a few weeks before the concert he’s performing at the O2 Arena, on February 5.

Which songs will you play here in London?

How do you compose film soundtracks? Image inspires music or music inspires image?

According to the correct modus operandi usually adopted by the greatest directors, is the image that inspires music. Soundtrack follows the image reading; subsequently, director changes the film editing to make it fit perfectly with the music composed for the film. It’s a reciprocal interaction between music and image that should always follow this order. It often helps to distinguish a good director from a bad one.

You compose soundtracks using the pentagram, not the piano. Can you explain why?

Well if I needed the piano to compose music, I would not be a musician. Orchestral score starts from an idea, not from the notes of an instrument. Many great composers of the past were pianists, but none of them used to play the piano to compose a score thought for an orchestra. Above all, I’m a trumpet player!

Your collaboration with Sergio Leone is timeless. How did you compose the soundtracks of his movies?

I only had to talk to Sergio, who explained to me every frame of his films, so that I could create the perfect soundtrack. Once composed, he listened the music and used to let the actors listen it too: according to him, they would play better knowing before the soundtrack of the films.

What do you recommend to the young people who intend to pursue this career?

I want to tell them: if you can, don’t pursue it. Nowadays, film producers don’t invest in music anymore. It’s really distressing. Only great directors like Tornatore invest in it, perfectly understanding how essential are the composer and the orchestra.

The Mission, final scene: between the candlestick and the violin in front of themselves, children choose the violin. Does it means that music can save us?

Yes, music is salvation. But only at individual level. Because music is an illusion, after all. An illusion that helps you to live but which is not life. If the world around falls apart, music won’t be enough to redeem us. It’s important that people get back the honesty that humanity seems to have lost a long time ago. This is my only hope.