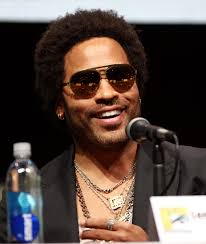 It’s the 11th studio album (CD and 2LPs in multiple standard and deluxe formats) and it’s probably going to be one of the most eclectic Kravitz’s record.

Lenny Kravitz has always been an outsider. When he first showed up to the scene in 90’s proposed a mix of soul, funk and rock coming directly from the 70’s. When he started to try pop sounds he started to get inspiration from the 80’s. Anyway he managed to take it easy with the revival thank’s to a good writing and great live performances.

“It’s Enough” is a song against corporate greed, political corruption, and racism. The follow-up single “Low” explores the perils of his near-mythical sensuality with intonations alluding to his past intimate relationships. The song “Low” was released as a single and a video approximately six weeks before the album.

In the whole album Kravitz plays most of the instruments himself, with longtime guitarist Craig Ross and keyboardist/orchestrator David Baron being the only collaborators .

The tracks are twelve and they show the great Lenny’s return. In fact during the last years he seemed to be tired or – maybe – distracted by his career as an actor. But he’s back and his new album leaves no uncertainties.

The lucky fans who will have the opportunity to join the rest of his future tour in the States will experience themselves.

The myth is back and ready to make everyone fall in love with him again.