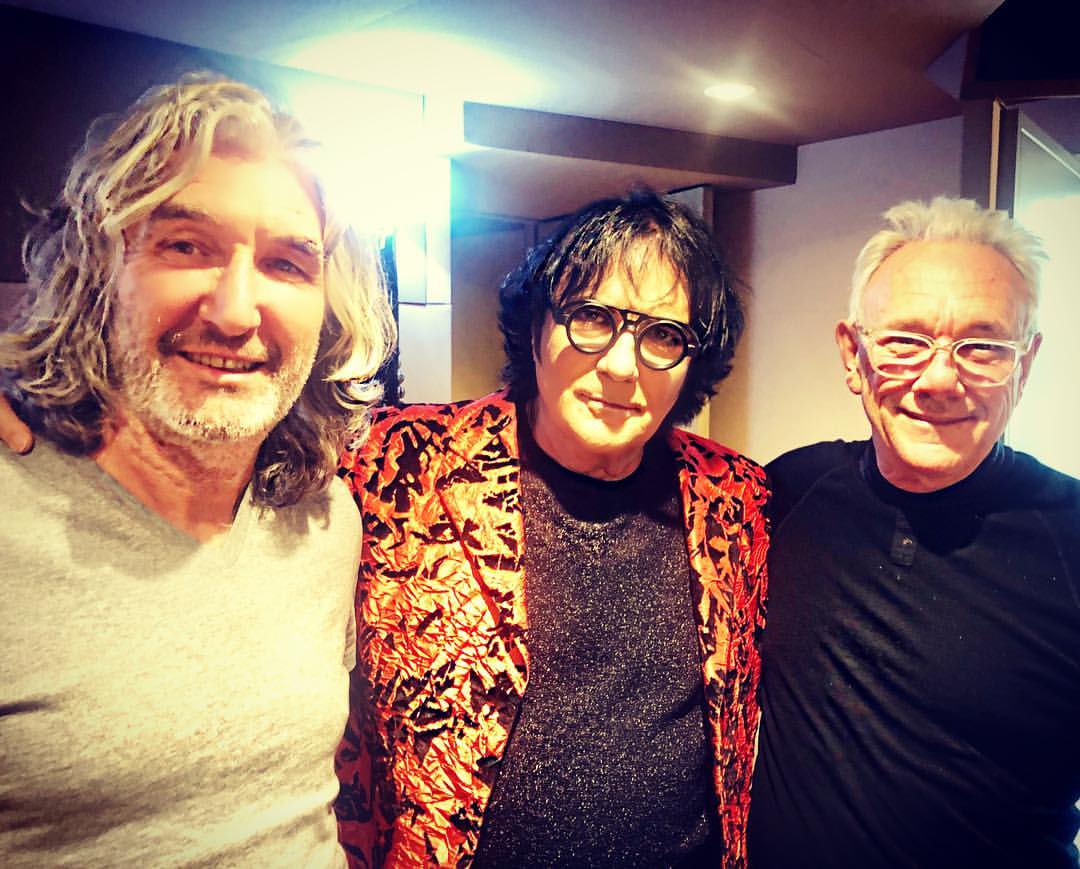 The legend of Killed the Radio Star, and producer of Paul McCartney, Rod Stewart, Robbie Williams, Trevor Horn, is back with his new album, “Reimagines – the 80’s”  where he revisits the major hits and successes of the 80s.

A work created out of passion which aims at relaunching the 80’s music, allowing all its nostalgic to relive these great moments of the past.

‘the Sarm Orchestra’ will create the new sounds, making songs like “Everybody Wants to Rule the World” – ft. Robbie Williams, fresh, original, brand-new. Here is the full track-list of the album:

To further explore the music talent of this dynamic Trevor Horn, the team of LondonONEradio went to his house in London for an exclusive interview. The conversation touched several topics, from Brexit, to the role of technology in his music, and any insights on his albums.

The surprises are not over, and together with his new album, Trevor Horn finds a new way of reinventing himself by collaborating again with the famous italian song-writer Renato Zero, after his album Amo in 2013.

A 50-year old career, characterized by more than 500 songs and 45 millions of sold discs, it’s the one and only Renato Zero. Under the fresh british production by Trevor Horn, he dedicates his new album to craziness, Zero il Folle.   La musica e’ affidata al grande Philip Palmer.

Crazy are the daydreamers, those who are free and those who provokes. Crazy is who decides to go against the rules and the authority, and who fuels the jealousy, nourishing the hidden desires, of those that are not brave enough, but secretly wishes to have that touch of craziness.

Crazy is who always owns up to their essence, daring when it is necessary, for a timeless youth.

“We should never feel ashmed of our craziness, all the greats in history were crazy: Gesù, Galileo, Mozart, Martin Luther King, John Lennon, Pasolini, Steve Jobs”.

In the exclusive interview with Renato Zero with LondonONEradio ( by Luciano Ruocco’s filmaker ) , the music talent highlights the pleasure of working with Trevor Horn, and the peculiarity of their creative process, which involved a continuous experimentation of new sounds, images, and flows of idea.

The strength of this collaboration with Trevor Horn is being able to balance the past and the present, Renato Zero’s musical roots and the push for that spirit of innovation and reinvention.

Renato Zero’s message is strong and clear: never let someone else or society to judge our craziness, it is our strength, and here to be seen and heard, amplified so everyone can see how beautiful is this diverse world!

During his tour, Zero il Folle, he will be performing only in Italy: on November 1,2,4 and 6 in Rome, at Palazzo dello Sport.

December will not be any less intense: on the 7th and 8th he will be in Livorno, on the 14th and 15th in Torino and in Bologna on the 21st and 22nd.