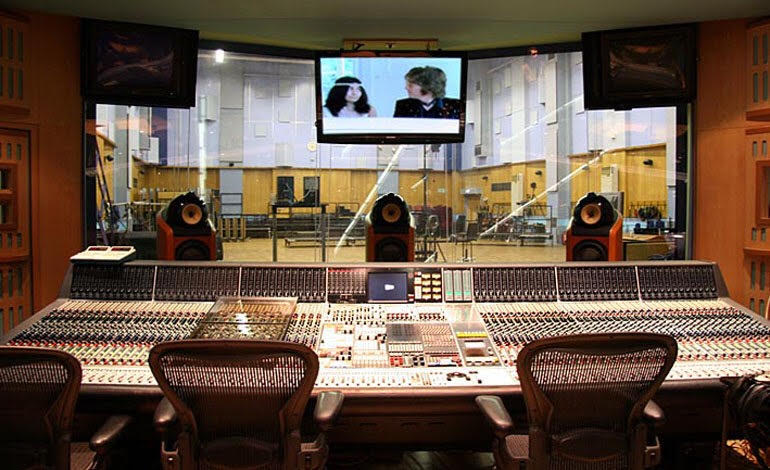 Just think that the most iconic records of the famous band of the ’60s (and not only) have been recorded and mixed here.
This studio was established in 1931 by the Gramophone Company at 3 Abbey Road, St John’s Wood, London; and since 2009 the British Government has protected the site from any alteration.
Here were introduced the most important inventions in field of sound engineering which changed the way of making music forever and enriched it.
Today i want to tell you about two particular kinds of reverbs, introduced to recreate space inside the tracks recording on tape machines or any sound recording tools, because it has been one of the fundamentals pillars for the music of the ‘60s and the following years till nowadays; in particular the echo chambers and the Reverb Plates.
Before the advent of digital the first experimentation to recreate a feeling of real space within the tracks of a recording was the echo chamber.
Built at the end of the ‘50s by two E.M.I. engineers in the studio two; it is based on an empty room with highly reflective surfaces (as ceramic tiles) where at whose corner was placed a speaker (usually an Altec 605 speaker) while on the opposite side were placed two microphones (usually two omni-directional Neumann KM53).
The technique works if the recording signal exit from speaker being registered by the microphones at the other side with the sound of the room.
This technique is sometimes accompanied by a particular effect called S.T.E.E.D. (Send. Tape. Echo. Echo. Delay.) and it’s a system designed to extend the chamber’s natural sonic palette into a new space, by splitting the signal and creating a feedback from the studio’s REDD console.
We can listen to this effect is used to change the voice of John Lennon in “A Day In The Life” to give it a greater sense of space.
Another type of reverb effect introduced in later years was the Reverb Plates to complement the fixed reverberation times of the studios’ echo chambers.

Installed in 1957 and inside each of these original plates the stereo effect is created by suspending a large sheet of metal with tensioned springs attached to each corner. Then a transducer injects the metal sheet with audio energy, which is picked up by two contact microphones fixed to the surface of the plate.
The reverb time can be adjusted by using a damper up to six seconds and both these plates are fully valve-powered.
The main characteristic of the Reverb Plates is the depth and the warm analog distortion that only valves can give, in fact the Plates effect has been used on many pop, rock, classical and film recordings over the years, by artists like Adele, Amy Winehouse, Pink Floyd, Beatles and many others.
Nowadays many music software companies have recreated these units in plug-ins so that producers and musicians can benefit from these beautiful analog reverbs without having rooms for machinery or rooms suitable for reproducing the reverberations.
I hope that my short article about some techniques used at Abbey Road Studios will be interesting and i hope that when you listen to your favourite song at the London One Radio, you will remember what i wrote in my article.
Abbey Road StudioslondonReverbReverb PlatesReverb Plates and Echo chambers in Abbey Road Studios