Saremo: second time many emotions of this festival 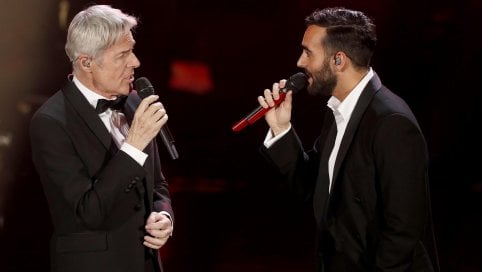 London (Rosita Dagh) – The ‘Festival di Sanremo’ opened its second night with Claudio Baglioni’s coreography, who sang ‘Noi no’, one of his old Italian hits.

The perfomance was successful as there was a standing ovation into the Ariston Theatre. The spectators were dancing and applausing the artistic director of the Festival di Sanremo. 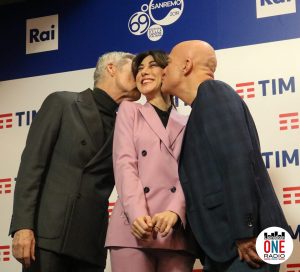 Soon after Baglioni welcomed his colleagues Virginia Raffaele and Claudio Bisio. After having mentioned the rules of voting, Bisio mentioned an interesting result of the last night. Apparently in Norway the Festival di Sanremo was a trending topic.

The Festival di Sanremo in fact can be watched all over the world to make such tradition available to all Italians abroad, but in Norway it picked its success.

The seond night end earlier comparing to the first one, because the 24 perfomers have been divided into groups of 12 people. The first group who perfomed few hours ago is composed of the following singers:

Such division allowed the introduction of several guests who entertained the audence. The first night was not very appreciated becuase it was ‘too long’ and poor of contents
Tonight instead the Ariston Theatre hosted several Italian guests very acclaimed by the nation. Amongst them, the first was Fiorella Mannoia who presented her new single that signs the coming new album of 2019.

Mannoia is still making the history of the Italian music. Since 1972, the singer has been fascinating young and old generations.

Claudio Baglioni reminded their friendship that bound each other since the young age. Before leaving her, he wanted to pay tribute to her attendance by singing an important song with her: ‘Quello che le donne non dicono’ ‘What women do not say’. It was 1997 when Fiorella Mannoia presented this song on the Festival di Sanremo’s stage, thanks to which she won the award for criticims.

A surprise for the audience was Pippo Baudo’ arrival. ‘Every one grew up with Pippo Baudo’ this is the statement made by the majority of the Italians. Baudo had been the conductor of the Festival for 13 editions becoming the prince of the Italian showmen.

Michelle Hunzicker came back on stage too, who was the conductor of the Festival last year for the second time. In this occasion she had the chance to meet her old colleague Claudio Bisio with whom she presented for several year Zelig show.

On the 69th edition of the Festival, Bisio and Michelle made a coreography about love, a new ‘political party of love’, an implied critique to the current political scene in Italy.

The competitors performance carried on when Marco Mengoni, the Festival di Sanremo’s winner of 2013, came in to present his new single produced with his English colleague, Tom Walker, who has been also nominated to the Brits Award this year. This song was the first bilingual lyrics presented at the Festival di Sanremo, which is known as the Festival of the Italian music.